The creators at Funko are bringing unique characters to life.

This time they are focusing on bringing to life the characters from the puzzle action horror game in the form of Bendy Pop figures.

Funko has done a decent job with other video game related figures, like Portal Pop Figures or Hello Neighbor Pop figures. We were curious how these Bendy related figures would shape up.

The following characters are going to be available in the first series.

They are doing something unique this time around. These figures will show up at Hot Topic first and start to roll out to other retailers.

Here are some images of the other Bendy Pop Figures. 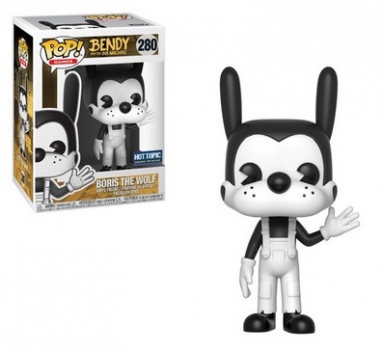 Overall we are pleased with the looks of these Pops. They are what we expected but there is nothing wow about them.

This may change as we started thinking about Series 2 figures. We would love to see Ink Bendy. But we can focus more on that after these Pop Figures pop up later this year.

Make sure to let us know what you think of these Bendy Pop Figures.

Thor and Hulk missed out on the Civil War, but Funko will help make them forget with their upcoming line.

Summer is almost over but never fear, Nintendo is going to do their best to make the return to school a breeze.

You can cross the newest console, Nintendo NX, off your Christmas list for 2016.