The hero from Hell’s Kitchen is the perfect addition to your Kotobukiya collection.

Kotobukiya is kicking off a new the Defender Series Artfx+ collection by releasing two versions of the Man with out Fear, Daredevil.

We have look at previous Artfx+ series, like Star Wars and DC Villains, and were definitely impressed with their work. Based on what we previously saw, we new this line was something we wanted to check out.

The versions they are offering are based on illustration by Dale Keown. They will be 1/10 scale and will have magnets in his feet to give it stable display on the metal stand.

Here are some more images of both versions of Daredevil from the Defender Series Artfx+ collection. 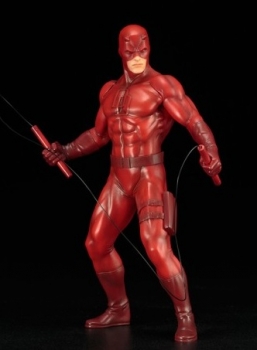 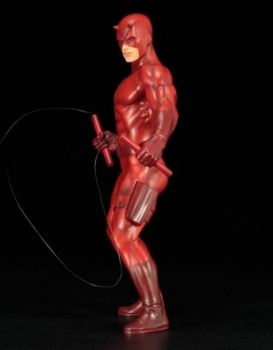 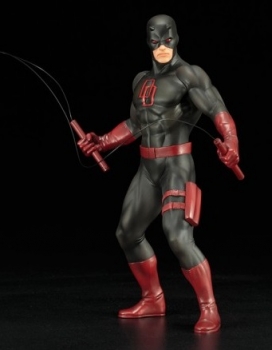 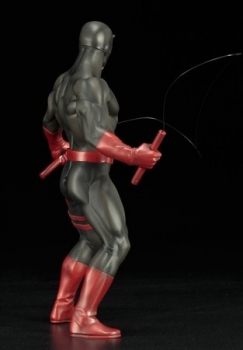 Overall, we love the look of this figure. The uniform is spot on in terms of color and design. We also like the touch of his club.

Both Daredevil figures can be pre-ordered for $69.99. While we love the lock of the black suit version, we are going with the classic costume.

They will be continuing the series with Jessica Jones, Luke Cage, and Iron Fist.

Which Daredevil would you pick to start off your own Defender Series Artfx+ collection?