Sure George may not want to admit who shot first but think he would be a fan of Gentle Giant’s newest creation.

The toy company is continuing with their popular Star Wars action figure reproduction series with the newest addition of Greedo POTF Jumbo figure.

Maybe you remember the Super Powers Joker figure we discussed in May. If not, you are in for a treat when it comes to Gentle Giants figures.

The figure is going to measure 12 inches tall and will be created by digitally scanning a  mint 3 3/4″ Kenner original Star Wars figure.

The fully articulated jumbo figure is going to come with a blaster. Collectors can store the figure in the re-seable Power of the Force blister card.

You will also enjoy the replica 3″ scale metal Power of the Force collector coin.

Here are a few more images of the Greedo POTF figure. 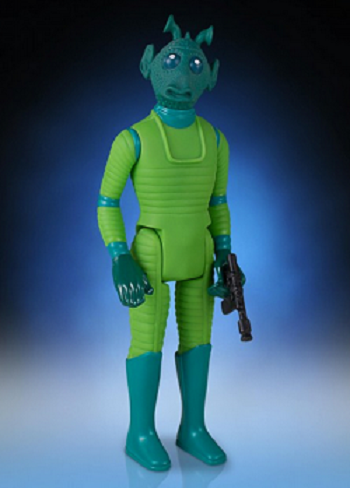 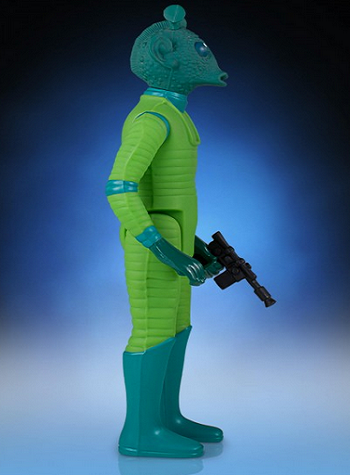 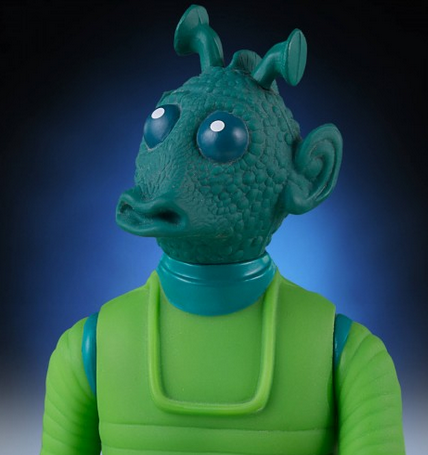 You can preorder this figure for $80.00 at Gentle Giant and expect to see it released during the second quarter of 2017.

Would you consider picking up this Greedo POTF Jumbo Figure?