No way you could forget the skeletons.

This Golden Axe Skeleton figures two pack by Storm Collectibles expands on their video game line but it did bring about some questions.

You knew since we covered the first Golden Axe Action figure set that we were going to touch base on this one. Besides how could we not when there are skeletons.

Each skeleton will stand seven inches tall and be fully articulated. They will feature the following. 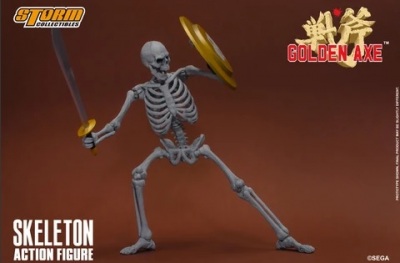 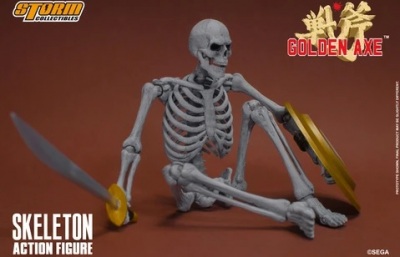 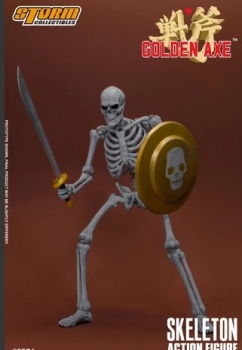 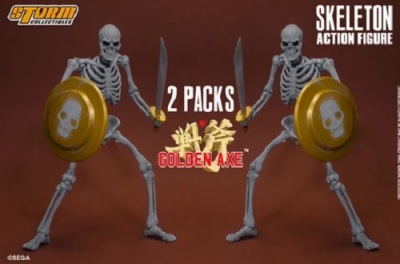 [Show thumbnails]
Our first thought was who would consider picking up a pair of skeleton figures. Even if you had the other set we mentioned earlier, are these guys worth it?

The quick answer was probably not. The more we looked at their design, we realized they put a lot of time and effort into making the skeletons poseable. This is why we picked a few of the more interesting pictures showing us what they are capable of.

But there is an added bonus. We think the skeletons are very adaptable and could be used in a variety of displays.

They were released in April 2020 but are currently sold out. Once Storm Collectibles increases the stock, they will run you about $58.00.

Would you consider picking up the Golden Axe Skeleton Figures for your collection?