Secret conspiracies are everywhere around us.

Steven Jackson Games has updated Illuminati The Game of Conspiracy to add current events and to bring in another group of players.

The game masters have created some unique games in the past, like GURPS Mars Attacks and Cthulhu Dice, so we had high hopes from the start.

The goal of the game is simple, increase your wealth and power to take over the world until only you reign supreme.

The game box will include rules, 110 cards, 8 giant-sized reference cards, 2 sheets of money counters, and 2 dice.

Here are a few images for part of the Illuminati The Game of Conspiracy game. 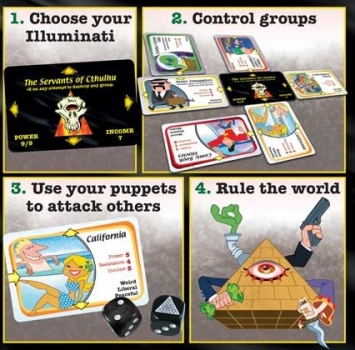 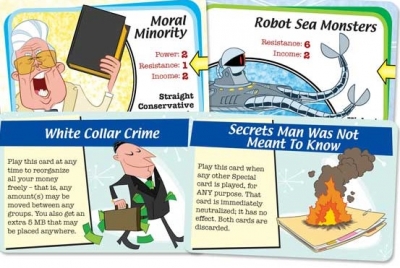 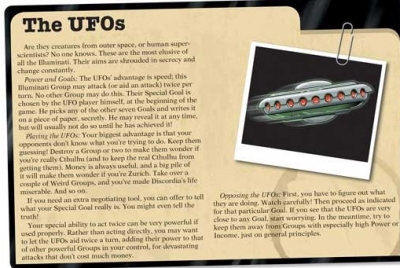 Now some may wonder why you would want to pick up the second edition of the game?

The update alone has driven up enough interest in us to give it a chance. By modernizing it for the 21st century, players will be given the chance for world domination.

Do you have any desire to pick up the update Illuminati The Game of Conspiracy?

Marty and the gang being released in Back to the Future Minimates. Diamond Select has decided to revisit their popular Back to […]

The adventurers are ready for anything.

Micro sets are growing in popularity on LEGO Ideas.