The horror icon from Camp Crystal Lake is making a comeback again to a collectible shelf near you.

Kotobukiya has decided to delve into the world of classic slashed films by releasing a Jason Vorhees ARTFX statue featured in Friday the 13th III.

We have previously seen their work in the Star Wars and Marvel universes and we are intrigued to see their newest creation.

At first glance, they did a great job of representing Jason’s image from the big screen, with everything from the classic hockey mask to the fine details in the figure.

The collectible ARTFX statue is going to stand 11 inches tall or 1/6th scale.

You will have interchangeable weapons. This will all the option to have Jason wield either an axe or his favorite machete.

Here are some more images of the Jason Vorhees ARTFX Statue. 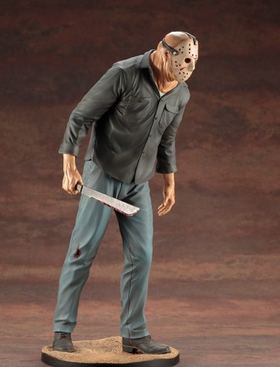 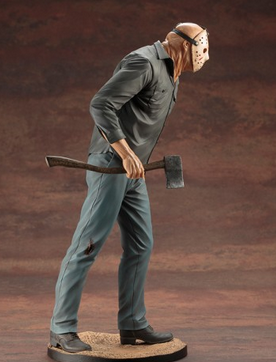 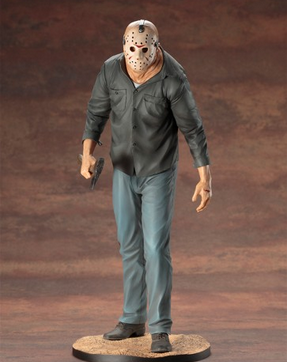 Overall, this is a great collectible for fans of the Friday the 13th series even though it might be on the pricey side.

If you are a fan of horror movies you can pre-order from Kotobukiya for $129.99. The collectible statue is slated for release in July 2017.

Would you consider picking up this Jason Vorhees ARTFX statue?

Now is your chance to add the one who shall not be named to your Harry Potter collection.

The latest edition to the Marvel Universe, spoiler free.

The Cars franchise comes back for a third time with the hopes to revitalize the franchise that struggled with it’s last outing.

Black Panther opens in February and will be featuring an interesting villain.