The Titan in all of his glory.

Kotobukiya has done it again by creating a Thanos on Space Throne statue that should be recognized as one piece of impressive fine art.

We previously took a look at their Thanos ARTFX+ statue but we thought this one warranted a look as well. The Thanos character hass a presence in the comics or on the big screen. We hoped this would translate to the final product.

The statue will be 1/6th scale made out of a resin material. In addition, there are LED lights to add an extra punch to his eyes and Infinity Gauntlet.

Here are a few images of Thanos on his throne. 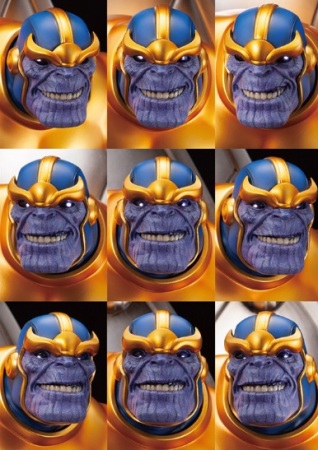 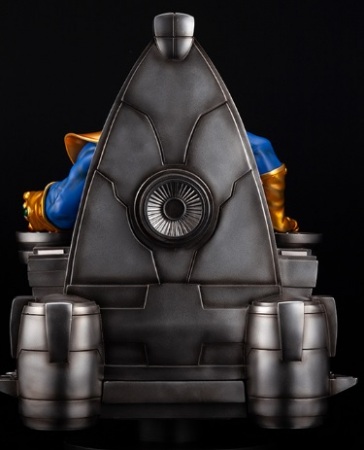 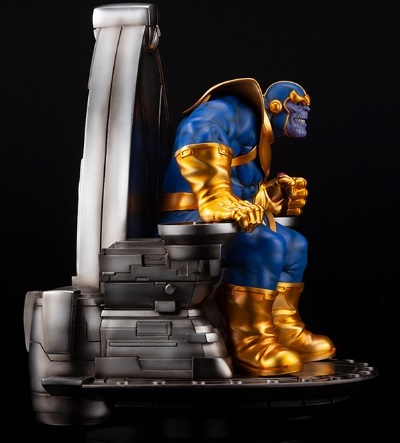 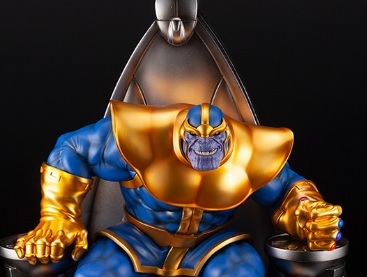 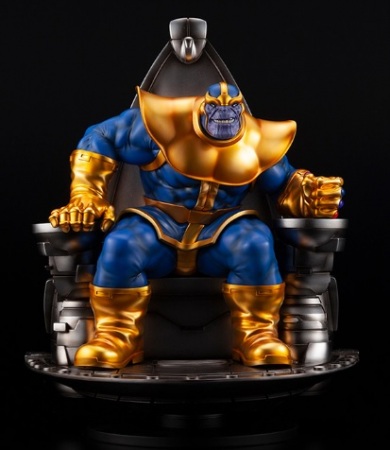 [Show thumbnails]
We were impressed the moment when we had a chance to take a look at it.

The artist did a great job with the detail in the head sculpt, especially when it comes to the facial expressions. You can see the contempt on his face and the power in his form.

We love the additions of the LED lights to give depth to the Titan’s eyes and Infinity Gauntlet. We think it takes the statue to a new level.

The only downside we see to this is the cost. Currently it is available at Koto Inc for $479.99. If money is not an object, this is something we would pick up. No question.

If you had the extra cash, would you consider picking up the Thanos on Space Throne Statue?