The recent trailer for Star Wars: The Last Jedi has their fans rabid for the franchise, which is perfect for this project.

Creator Thunderous Blade designed the Arena of Geonosis for the LEGO Ideas project to relieve one of the most intense action scenes from Episode II – Attack of the Clones.

We have already reviewed smaller projects like I am Your Father and Hammerhead Corvette but we were excited to check out one from the prequel series. Had Jar Jar been a part of this one, we might have passed on it.

The project will contain roughly 3,910 pieces so it will keep your aspiring LEGO builder busier than most.  Star Wars fans will be able to recreate the scene or create one how they see fit.

The Arena will have two wall entrances for the creatures who look to devour their combatants. There are three creatures (Reek, Acklay, and Nexu) who were used to attack Ankain, Obi-Wan, and Padme. Each one of them towers over their respective characters, bringing more resemblance to what took place on the big screen.

The set is going to contain the following mini-figures.

Here are a few more images of the Arena of Geonosis. 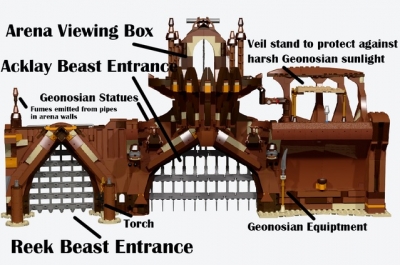 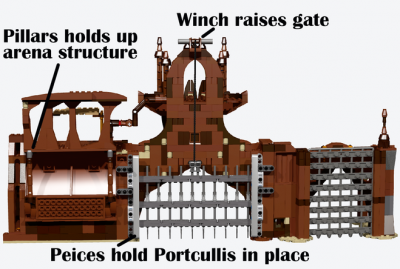 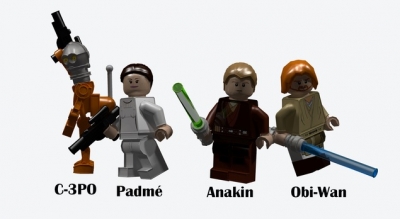 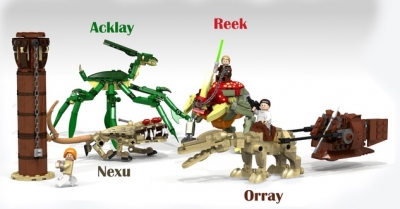 As of today, there are 516 days left with 1,555 supporters. Make sure to head over to there page and show them some support.

Let us know what you think of the Arena of Geonosis LEGO Ideas project.

We were already excited after seeing the new Legacy Dragon Dagger, the excitement tripled when we encountered the newest release from Lego […]

The holidays are full of iconic movies and this LEGO set nails it.

Dive back into the 1930’s with this LEGO project.