Fans of the BBC network may recognize this project written and directed by John Cleese and Connie Booth.

Creator afol777 created the LEGO Ideas project, Fawlty Towers Hotel based on a television sitcom that has been off the air for decades.

We have covered previous LEGO projects based on television shows, like Gotham or the Flash, but we were not sure what to expect with this one.

The show aired from 1975 to 1979 with twelve episodes, but has been recently brought back to Netflix.

The LEGO set will contain 2,400 pieces and feature the fictional hotel that is based in the seaside town of Torquay.

The hotel will stand 17″ high and 24″ wide. and will be detailed with the front porch, steps, windows, downspouts, and roof. The set will also include the following staff mini-figures.

As an added bonus, there will be a friendly hamster dubbed as Basil the rat.

Here are some more images of the LEGO Ideas Faswlty Towers Hotel. 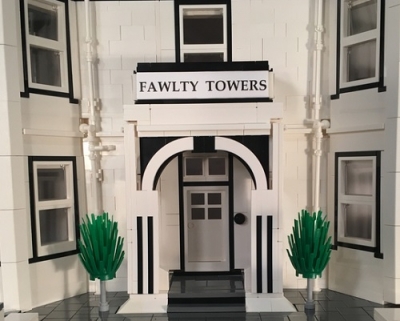 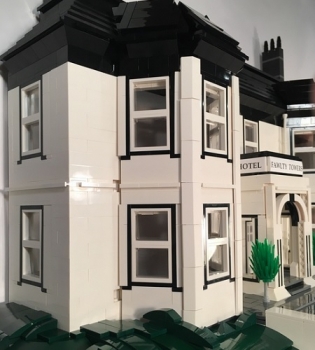 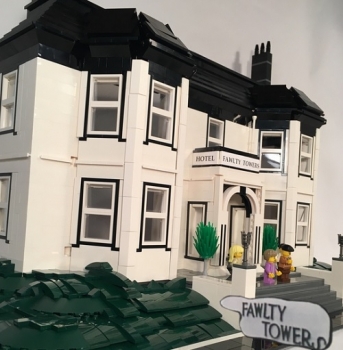 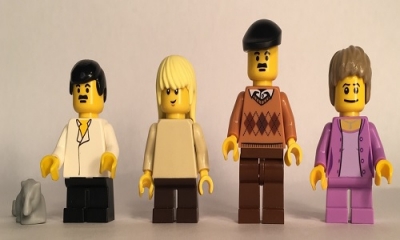 At first we were thought we would be disappointed since it was only a facade of the hotel but in the end we realized this was the perfect choice.  We do like the attention to detail, like the water tank with two dead pigeons featured in one of the episodes.

This set will be a must have for fans of the show as it would be the perfect display piece.

If you are interested in learning more about this project and want to show your support, head over to the LEGO Ideas project page.At the time of this article, the project has 141 supporters with 404 days to go.

Go check out this project and let us know what you think of the Fawlty Towers Hotel.