The Star Wars Universe has a wide array of ship used throughout it but have only been a few which truly stand out.

The LEGO Ideas project, Hammerhead Corvette, by Brickster0404 was based on the ship which appeared in Season 2 of Star Wars Rebel.

If this ship may appear familiar, it is because you saw a similar version of it in Rogue One.

This LEGO Ideas project is going to consist of around 600 pieces and consist of the following features.

A cargo elevator with two cable winders, flick fire missiles n the bottom, two escape pods, a control deck in the middle, and a cargo bay in the back.

The set will also include the following mini-figures.

Here are a few more images of the Hammerhead Corvette LEGO Ideas project. 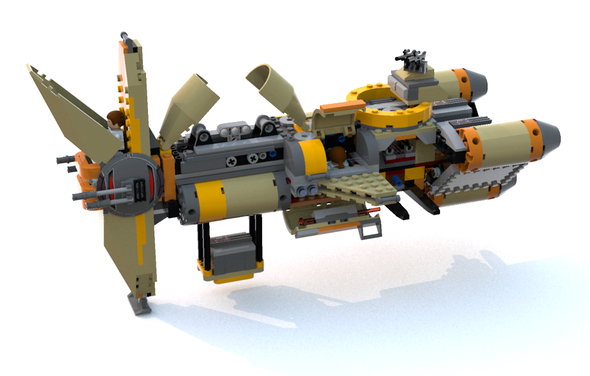 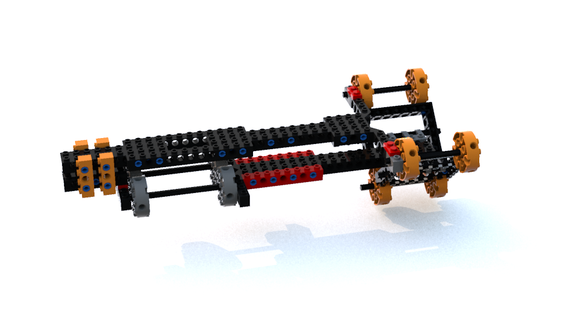 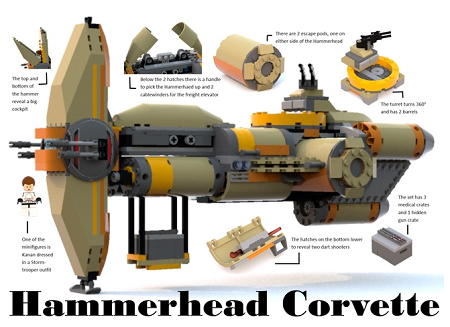 [Show thumbnails]
Currently the project has 421 supporters with 163 days left.

Let us know what you think of this Hammerhead Corvette project.

Godzilla showed why he is the King of the Monsters.

A trip to Toys’r’us proved to be worthwhile when we stumbled across something new from the Minecraft world; the Farm Animal Figure […]