The first movie that started it all.

The original Jumanji of 1995 is brought to life by LEGO Ideas creator and Nikana and we could not believe the job they did.

When it comes to LEGO Ideas projects based on movies can be a tricky business. Sometimes it is hard appeal to a fan base while staying true to the movie. This was evident in the Haunted Manson.

The project will be based on house and will consist of three levels.

– the ground floor with the room submerged by water with the crocodile and the big chandelier and the other room with the fireplace and the two sofas.
– the first floor with Alan’s room and his parents’ room.
– the second floor which would then be the attic where the main scene full of objects takes place.

In addition, the police car will be included for additional scene setting.

The following mini-figures will come with the set.

Bearded Alan with his knife
Alan without the beard
Sarah with her bat
Judy with poisoned flower
Transformed Peter
Van Pelt, the hunter
Carl, the policeman, and the spiteful monkey with the rifle

Here are a few images to get a better idea. 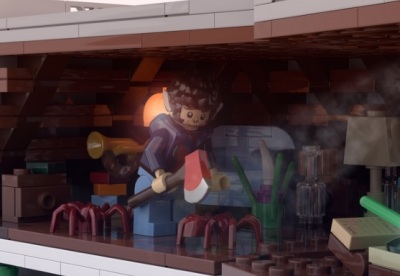 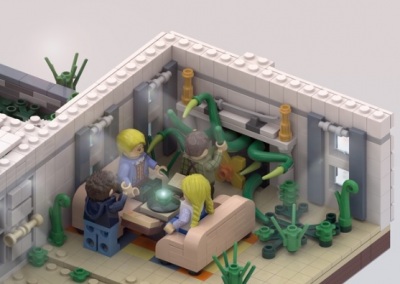 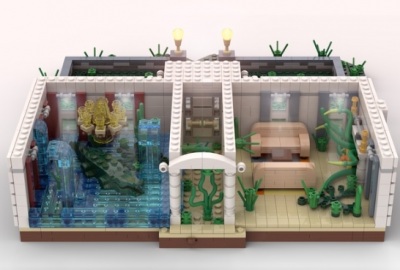 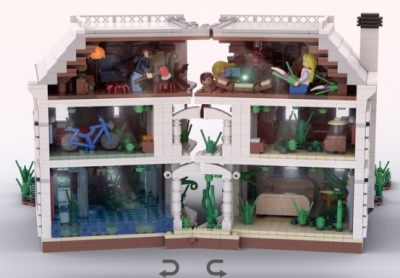 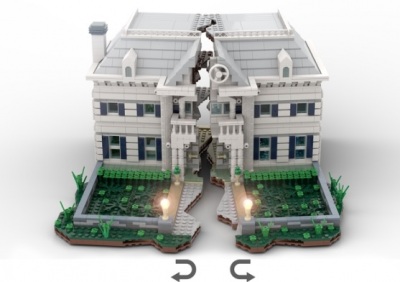 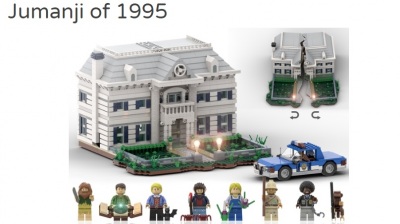 Hands down, this is one of the better LEGO ideas projects we have seen this year. There is no denying what the LEGO set is for

There are two things we thought were the biggest selling point.

The first one is the good selection of mini-figures. The creator did a great job of including pivotal ones while adding enough detail to know who they were.

The second thing is we love how the creator created the different levels that had some of the more interesting scenes from the movie. The only other thing we might have loved to see is the edge of the forest where the vines came out to take the police car away.

At the time of this article, the project has 1,999 supporters with 595 days left.

Would you consider picking up the Jumanji of 1995 LEGO project if it was created?