LEGO and music makes the world go round.

The LEGO Ideas project Stockholm Syndrome by creator novepuntouno based on the world tour put together by British alternative rock group, the Muse.

We have covered outside the box LEGO Ideas project in the past, like Steambot Rocker, but nothing like this one. When we first took a look at it, we had to learn more about it.

This masterpiece by the band “Simulation Theory” is a concept album whose main focus is the upper hand of machines on men. The concert focused on a colossal setting, 3D effects, trumpet dancers, a stellar stage made up of LED lights, a giant robot skeleton and inflatable monsters.

This Lego set includes part of the scenography and the show the gigantic skeleton that dominates the whole stage, on the notes of the “Stockholm Syndrome”, from which it takes its name.

Here are a few images of the LEGO Ideas project. 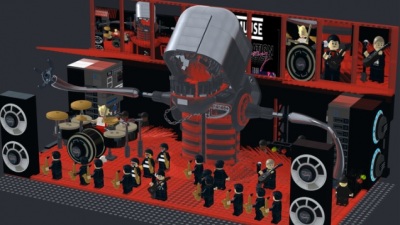 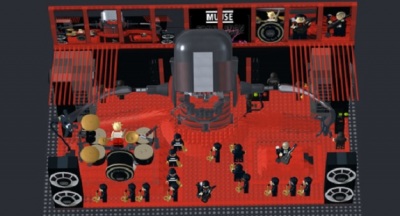 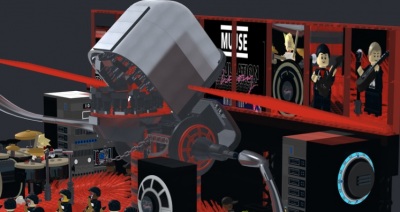 [Show thumbnails]
We love the design of the project.The creator took their time plotting it out and made sure it was constructed in the right way. Everything seems to fit seemlessly on the stage, up to including the giant robot skeleton. Based on the design, it gives you the feel of what it was like to be at the event.

Though this is one that may not attract us to purchase it, we love the approach they took and the final product. It would be worth while to pick up for any music fans.

At the time of this article, the LEGO Ideas project has 136 supporters with 381 days left. If you like the project, make sure to head over to the website and show them some love.

What do you think of the LEGO Ideas Stockholm Syndrome project?