The seas hold many wonders and dangers.

LEGO Ideas creator jackotrebel and rebeljckot developed the Legend of the Sea serpent project and this is one all LEGO fans need to check out.

We are always looking for the more unique LEGO Ideas project. Sure we enjoy the more popular ones, but the more they stick out in the crowd, the better. This is one of those examples.

The LEGO Ideas project contains roughly 2,000 and features a Sea Serpent attacking a lone hut and those who reside in it. 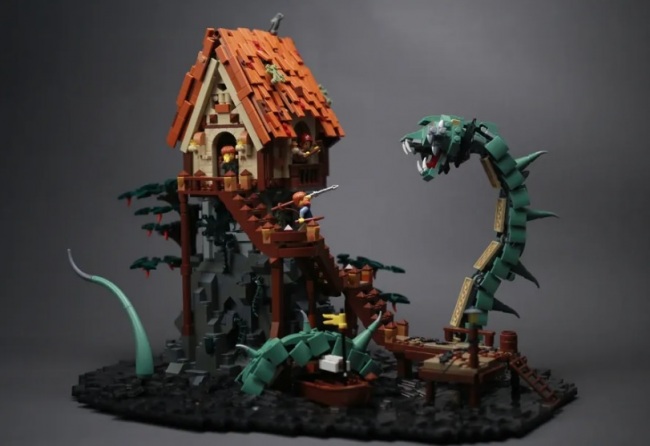 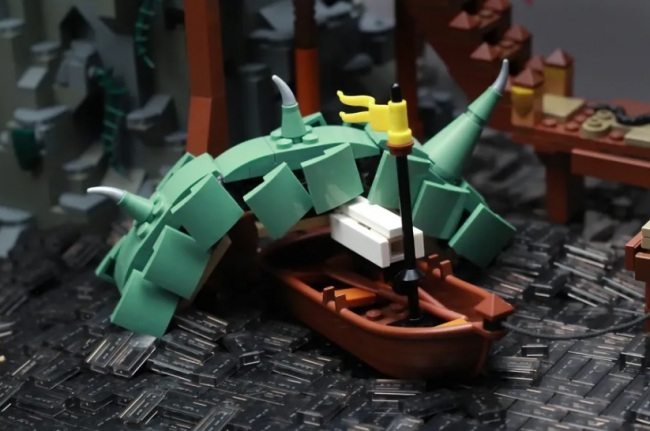 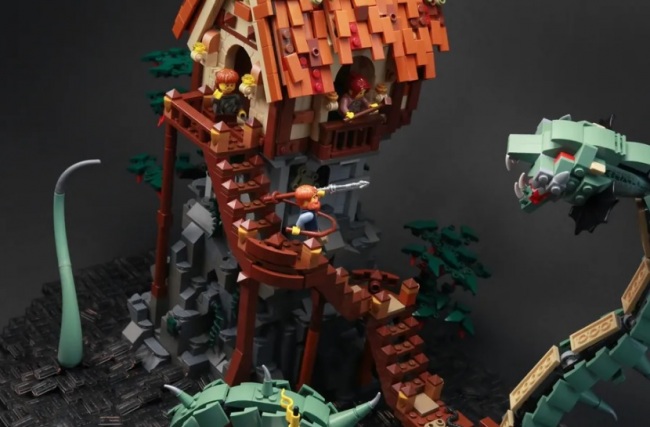 [Show thumbnails]
Collab projects can go one way or another. This one hit it out of the park.

They did a great job laying out an engaging scene. The colors meld together well and highlight enough of the Sea Serpent and those defending the house.

We love the direction they took with the sea and the darker coloring. It helps make the other features really stand out.

The only knock some might say is the Sea Serpent is actually part of the set and limits the interaction. We think this is what makes the project stand out than the rest. It helps to keep the focus on the entire project and not one thing.

Currently the project has 3,788 supporters with 571 days left. Make sure to head over to the link below to show your support.

Would you consider picking up the LEGO Ideas project The Legend of the Sea Serpent if it reached the final goal?