Time to suit up as your favorite Marvel heroes.

Marvel Strike Force focusing on the heroes and villains from the vast universe as they take on a new evil bent on taking over their world.

We have reviewed previous mobile games like SWGOH or RAID. This made this Marvel game a definite must try.

Though the game came out in 2018, it took us some time to get around to it. We did not start to give it a try until the end of 2019. The goal of the game is simple. You need to build a suitable roster of heroes and villains to help you take on Ultimas and save the world.

To earn your daily coins, there are various chores like arena battles, challenges, alliance raids, along with campaign progression. There is nothing you have not seen anywhere else. One of the more enjoyable aspects is the blitz raids

Here are a few screen captures from the game. 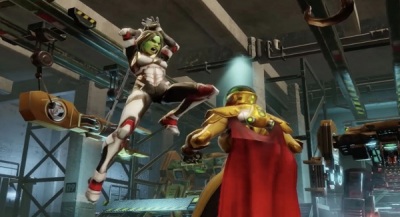 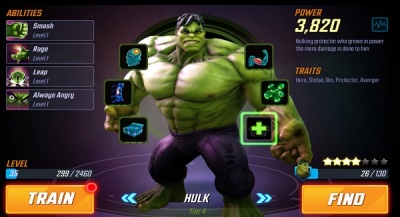 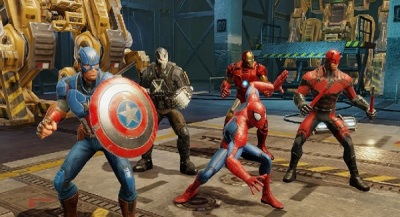 The game does have some aspects that made the game enjoyable. Right off the bat, the game is loaded with the Marvel characters you know and love. Thanks to the increasing library of MCU movies, we are starting to see of the lesser known factions wind up here. Some of our favorite ones are the Defenders or the Hand.

When it comes to the daily grind, the company does a good job of keeping it to a minimum. There are some micro transaction that could help you along, but it does not seem to be a necessity.

One of the complaints we had is how slow it takes to level your characters. The biggest issue behind that is the inability to maintain a solid influx of currency., It comes and goes in spurts so if you don’t horde it, you are in trouble.

Another complaints we have with the game is the constant pressure by FoxNext with the in game advertisements. We do understand it is how they make money on the free game, but to have an ad pop up every time you enter a new supply section. It gets tiresome.

In the end, if you are looking for something to kill some time and a Marvel fan, this game could be up your alley. You can learn some more over at their home website or find the game on the app store of your preference.

If you had a chance to play Marvel Strike Force let us know what you think of it.