McFarlane Toys bring the Neighbor into the real world.

The unique toy creator decided to give video game fans a taste of a unique game by creating a McFarlane Hello Neighbors action figure line.

Sure we were not a big fan of the Hello Neighbor video game when it was first released, but it does not mean we think any less of the entire premise.

McFarlane Toys created a line based on the main character and the antagonist, the Neighbor. In addition to these figures, they opted to make three different scenes to allow them to interact.

Here are a few more images of each of the McFarlane Hello Neighbor sets available. 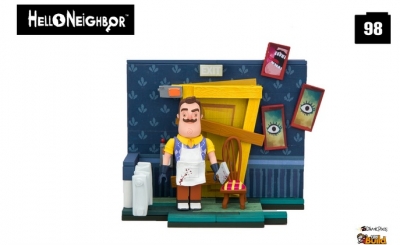 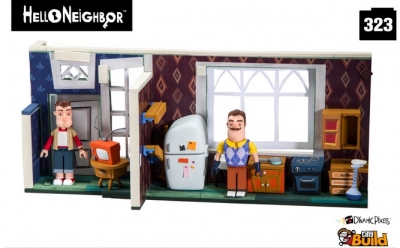 We do like the look of these figures as they are a solid representation of the game. The scene settings were also brought straight from the video game and give you a couple of different options to wok with. If there was one thing we would love to see is a version of the Shadow Man.

The various pieces will cost anywhere from $12.99 to $29.99 and are available at your local retailer.

Would you consider picking up these McFarlane Hello Neighbor figures?