Tonight the guilty shall suffer.

Mezco Toys added Ghost Rider and Hell Cycle to their One:12 Collective Series line and the first thing that comes to mind is wow.

The Marvel One:12 Collective has featured some impressed figures, like Blade. When we saw Ghost Rider was being added, there was no way we would pass checking it out.

Ghost Rider will feature over 32 points of articulation and stand under 7.5 inches. He will come with four sets of changes, a pair of fists, a pair of holding hands, two posing hands and the Hell Cycle which will be 9 inches long.

The costume will consist of a leather-like motorcycle jacket & pants, shirt, and motorcycle boots. It will be completed with the Hellfire Chain, a real metal posable chain, two flame FX, and the One:12 Collective display base.

You should check out these images to get the motor running. 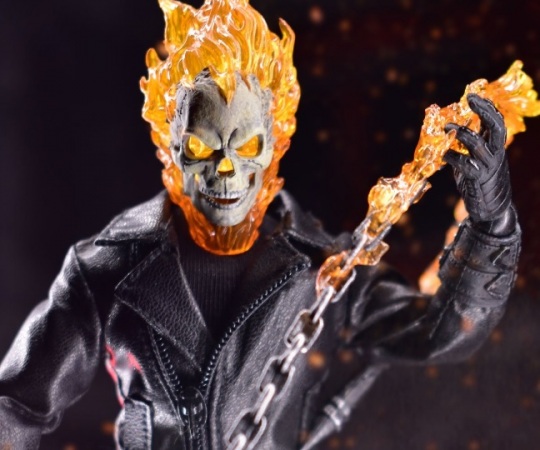 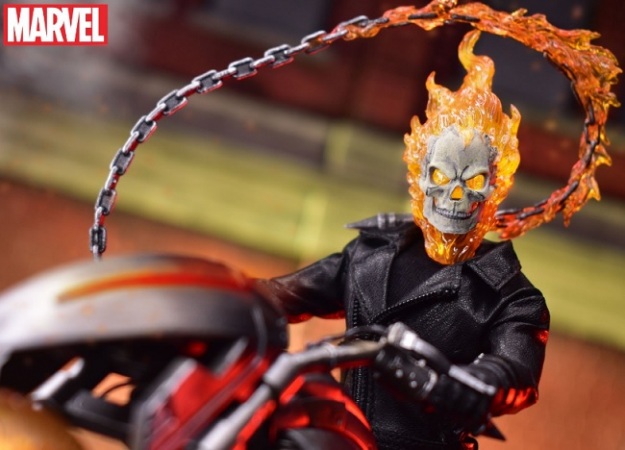 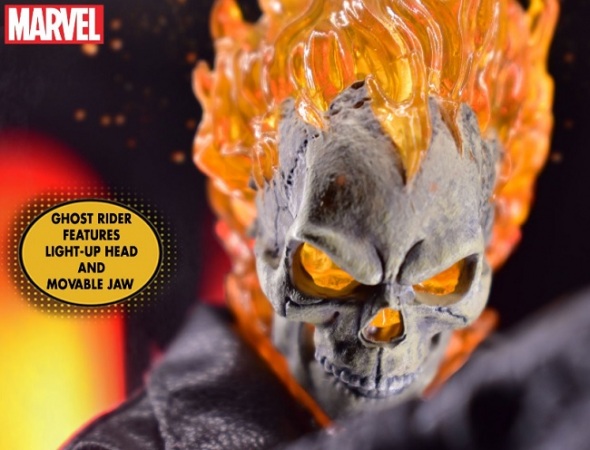 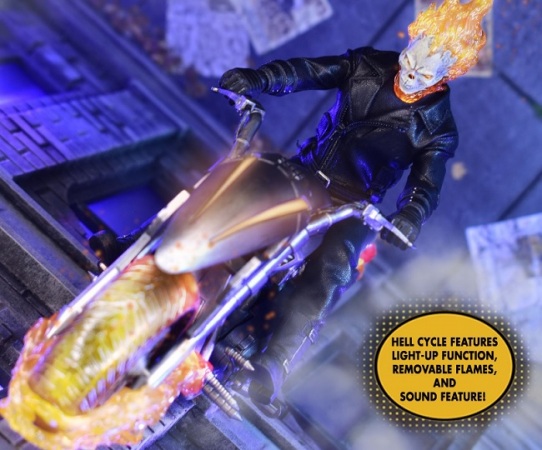 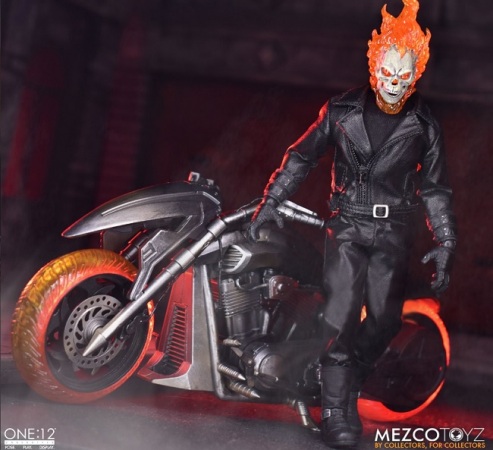 [Show thumbnails]
We are a fan of what Mezco Toys did with the creation of the figure. They do a solid job with the detail of the figure, especially when it comes down to the fine lines they put into Johnny’s skull.

The finishing touch is the light-up features for Ghost Rider’s head and the Hell Cycle. These small touches is what makes Mezco Toys one of the best in the business.

We would love to add this figure to our collection but the price is a bit steep for us. Perhaps if we were bigger fans of Ghost Rider, we would think differently.

Are you going to consider picking up the Ghost Rider and Hell Cycle set?