Mezco brings to life of the horror icons.

Even casual movie fans know the face of the Mezco MDS Leatherface collectible but is it enough to get them to add it to their collection.

At first glance, this collectible reminded us of the Beetlejuice or Jack O’Lantern figures Mezco did. We wanted to take a closer look.

The figure will stand 15 inches tall and have 11 points of articulation and a chainsaw accessory. It will also feature three different audio clips to play with the press of a button. The sound of his chainsaw revving up, the sound of the chainsaw accompanied with screams, and the sound of a camera from the opening scene.

Here are a few images of Leatherface to get a better idea. 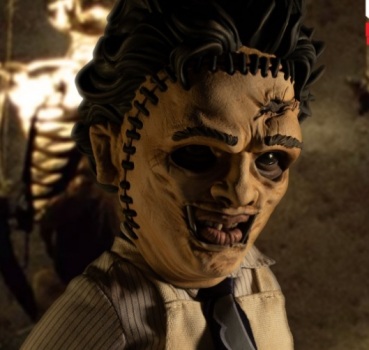 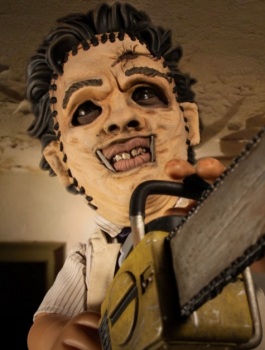 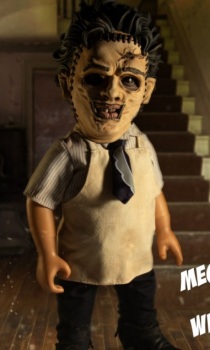 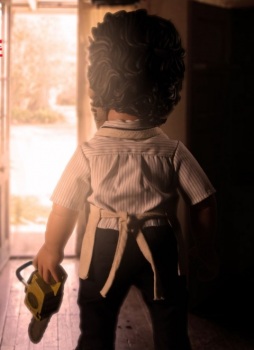 There are some things we do like about this Leatherface collectible.

We are not sold on the overall design, but there are key elements that help bring it to life. The best example is Leatherface’s eyes. You can almost feel them staring back at you behind the skin mask.  We do think the audio clips are a nice touch to give it a little pop.

On the downside is the overall appearance of Leatherface. There is something off about it. While we know the designers went for a more tamed look for the character, we think they could have done a little less. His head looks to large for his body. This could have been resolved by increasing his girth. Maybe something with his hands and arms too.

If we were huge fans of the character, we might be tempted to pick it up. For now we would pass on it.

You can pre-order Leatherface from Mezco for $98.You can expect to see him shipped out sometime from Sept to Nov 2020.

Would you consider picking up the Mezco MDS Leatherface figure?