Mezco is giving you the chance to recreate some of those great battle scenes with a Mezco Ragnarok Hulk to add to your Marvel figure collection.

We have liked some of Mezco’s previous work, Red Skull and Old Man Logan, so we were curious about this version of Hulk.

The Hulk figure will feature the following to help you bring him to life when you have him out for display.

Here are a few more images of Mezco Ragnarok Hulk. 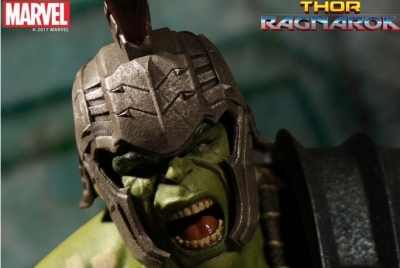 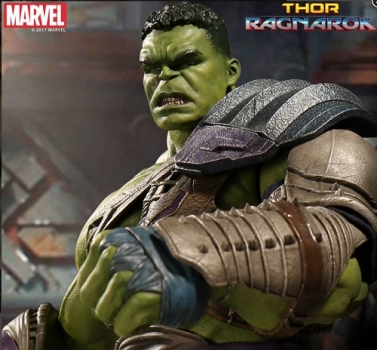 Overall, we love the look of Hulk. There is plenty of attention given to the detail of the Hulk figure.

We don’t think the pictures even do the figure enough justice based on Mezco’s description.

The only thing we would have done differently is add a few more accessories Hulk had in the movie, like the beaded necklace. This could give the figure a different feel.

You can pre-order from Mezco for $125 and expect to have it in your hands sometime between May and July of 2018.

Would you consider picking up the Mezco Ragnarok Hulk?

The Sith Lord never looked so good. In 2019 there will be a limited release of the Gentle Giant Darth Vader collectible […]

We have seen all kinds of spaceships for the LEGO Ideas project, but there is something special about one focused on the […]

Storm Collectibles is ready to unleash the darkness.