The NECA Crash Bandicoot Deluxe figure looks like it was ripped from the video game world and was brought into ours.

We were previously impressed with what NECA did with Godzilla, even the Blade Runner figures. We just had to take a look at this one.

The figure will stand 5.5 inches tall and have plenty of articulation to create various poses for the character. He will come with 3 different head sculpts along with the Aku Aku mask.

Here are a few images of the NECA Crash Bandicoot Deluxe Figure. 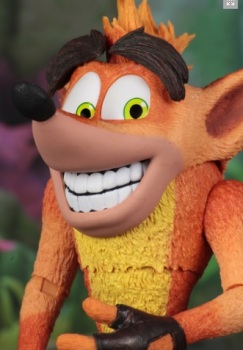 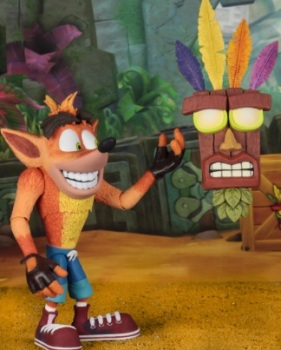 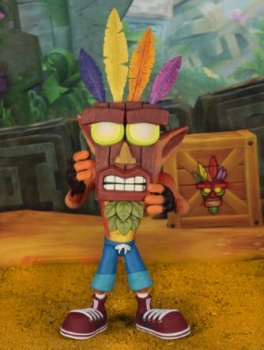 Though we are not a huge fan of the video game series, we have to give props to NECA.

They did a great job of bringing the character to life out of the video game. His over-sized features and color pallete will make him a perfect addition for your collection.

NECA is expecting to release this figure during the third quarter of 2019, so keep your eyes peeled as Summer is winding down.

Let us know what you think of the NECA Crash Bandicoot Deluxe figure.