The good people at Funko continue with their awesome Pop Figures by drawing inspiration from a classic video game.

This time around they are tackling a survival horror video game franchise with these Resident Evil Pop figures.

The special police unit S.T.A.R.S discovered the hidden layer of Umbrella Corporation and soon found out they had created the T-Virus.

Their goal was to create a super bio-weapon but as with every super villain group, things tend to go wrong.

The set is going to include the following character from the game.

Here are some images of the Resident Evil Pop Figures. 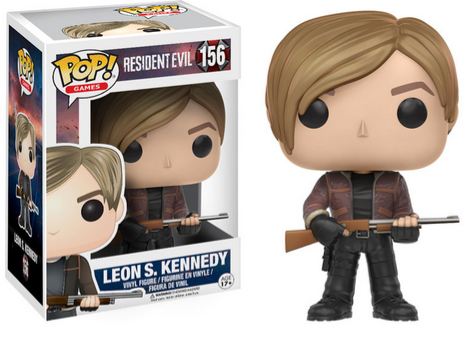 ◄ Back
Next ►
Picture 1 of 7
Personally we love the look of Nemesis and the Tyrant Exclusive figures.

Let us know if you are going to pick up any of these Resident Evil Pop Figures.

Movie goers know each new year brings their share of movie busts, but sometimes it can be hard to figure out which […]

The arrival of Spawn will mean one thing for Mortal Kombat fans.

On October 23, Legend of Zelda fans will be able to get their hands on TriForce Heroes to the Nintendo Family of […]