Take the helm of the Enterprise and play along with some of your favorite characters.

Scopley created the mobile game Star Trek Fleet Command and we saw enough in the trailers to garner our interest.

We have played similar games in the past based on popular franchises, like Star Wars Galaxy of Heroes. So there was no chance of us passing this one up.

The free-roaming multiplayer Star Trek experience to combine role-playing game style progression and real-time battles with enemy ships and is based on the universe from the recent movies.

Here are a couple screenshots from Star Trek Fleet Command. 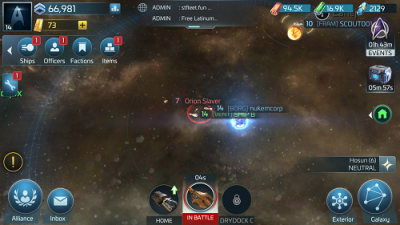 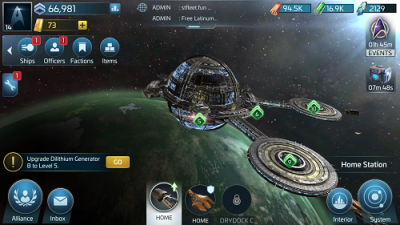 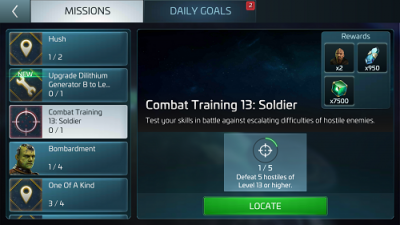 Overall the mobile game is middle of the road.

We like seeing the Star Trek universe in the mobile game, even more so when it comes to some of our favorite characters. The same goes for the different ships you can captain.

They did a good job of bringing in the different races and allow you to decide which faction you prefer to have better relationships with.

On the downside, we issues with being able to access our ships when they were coming out of warp travel. As result, our ship would be open to attack by other players. This was also down right frustrating.

Another issue is this is a big pay to play game. The first 15 levels are doable but to get some significant upgrade, you need to spend some money.

This is something we don’t mind too much but Scopley makes it harder than most other similar games.

The biggest issue with the game is the lack of space battle. It is simply set up to click and attack. This is okay sometimes, but we prefer to have a more interactive event.

In the end, the Star Trek Fleet Command is an okay time sink but it is not a mobile game we would want to stick with on a regular basis.

If you had a chance to check out Star Trek Fleet Command, let us know what you think.

Rumors have begun to swirl about NRS taking on a new franchise.

Stumbled across this Dev Diary for the upcoming release of Frostbite Caves in Plants vs. Zombies 2. We completely dig the Fire […]