One of the first co-op video games to capture our attention.

Storm Collectibles created a Golden Axe Action figure that was yanked from the side scrolling arcade world.

This company has recently caught our attention with some of their other releases related to Mortal Kombat. Specifically Raiden and Sub-Zero. Now there is a chance to display the broadsword wielder who could cast Earth spells and ride a Dragon.

The figure stand seven inches and will feature the following:

Here are a few images of the Golden Axe Action Figure to wet your whistle. 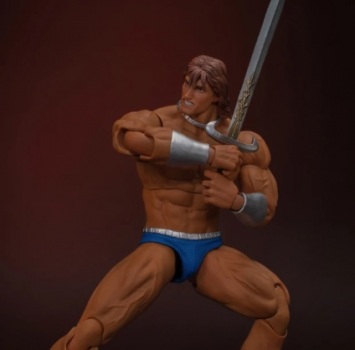 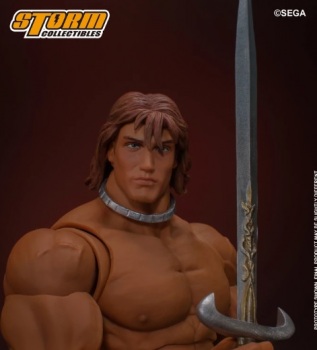 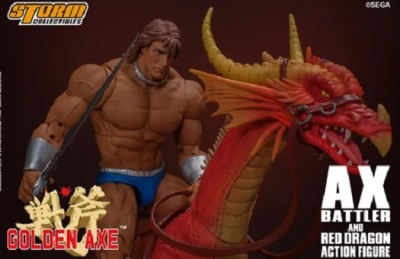 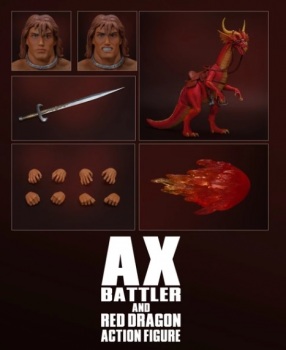 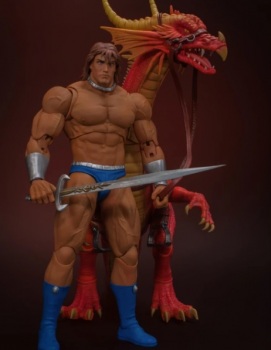 The main thing we love about this figure is the addition of the Red Dragon. It adds an additional element to the figure and offers up more display options. The Fireball effect is a nice touch. Something we have seen Storm Collectibles do with other figures.

There was one negative with the figure that stood out to us. It was the joints, especially the parts where the arms connect at the shoulders. Though the purpose is to create greater articulation, we feel like it is staring back at us. Maybe it would have  helped more if there was a piece of armor at the articulation point. It would help blend in better.

We did really want to love this figure, but the few minor things are enough for us to pass on them. However, you can order the figure from Storm Collectibles for $120.00 and have it in your hands before you know it.

Let us know what you think of Storm’s Golden Axe Action Figure.