Darkstalkers comes to life thanks to the up and coming company.

Storm Collectibles reaching into the Capcom game and created the Demitri Maximoff figure that is sure to bring back memories.

Time and time again, we have been impressed with what Storm Collectibles puts out. Despite the fact, the company has not steered clear of lesser know properties, like Golden Axe, so we were not surprised they went in this direction.

The 2D fighting game pit monsters vs hunters, set in a Gothic Horror Universe.  First up for the new line is the character based on Dracula, Demetri.

The action figure will come with the following. 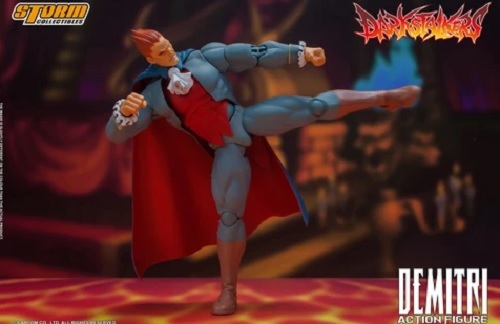 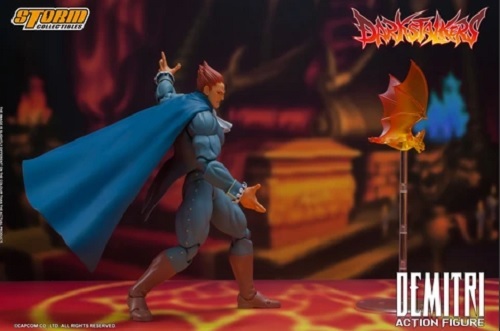 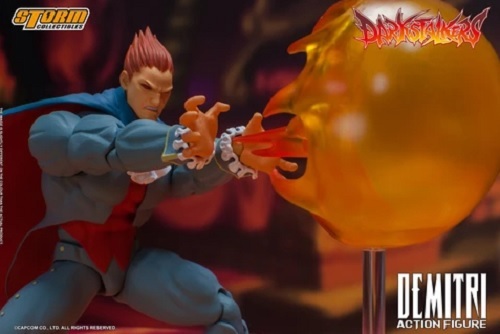 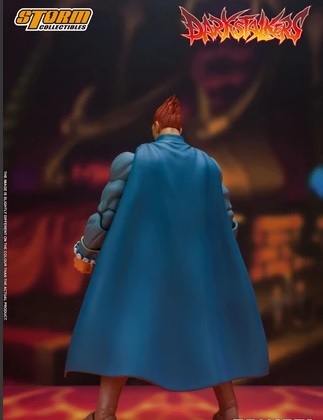 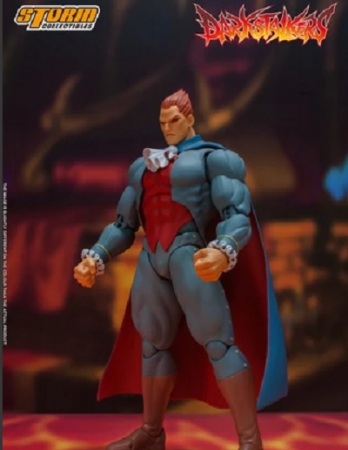 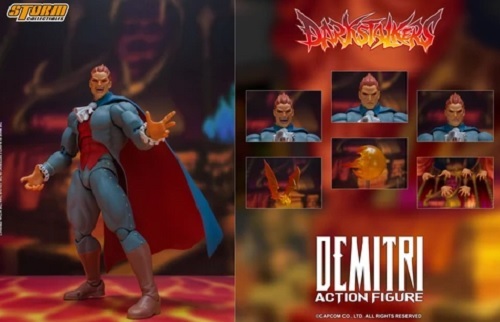 [Show thumbnails]
When we took a look at what Storm Collectibles created vs the images from the Capcom game, our hats off to the creator. They did a good job breathing life into the 2D sprite.

The addition of three head sculpts is perfect and gives the owner a chance to change things up.

I was won over with the extras they added. Between the Fire Ball and the Bat, there is enough extra here to help you set the scene where Demetri is taking down his opponent.

The only downside we currently see is a lack of opponent to pair him up with. But we hope this is something that will change sooner than later.

You can pre-order the figure from Storm Collectibles. The MSRP is $90.00 and you can expect to see it during the first quarter of 2021.

Let us know what you think of the Demitri Maximoff figure by Storm Collectibles.