We have grown to become a big fan of what Storm Collectibles has had to offer. Whether it is there Mortal Kombat collection or the DC universe, they have knocked it out of the park each time.

There was no doubt we were going to check this one out. Besides, at least we know that we are safe from taking a beat down by E. Honda.

The E. Honda figure will stand seven inches tall and come with the following.

Here are a couple of images to see E. Honda in all his glory. 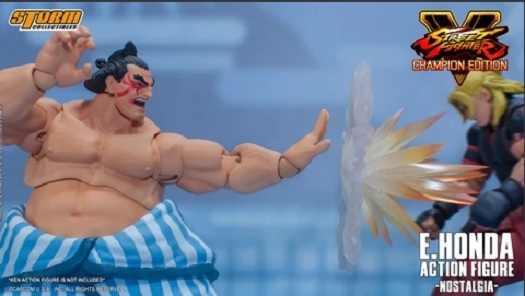 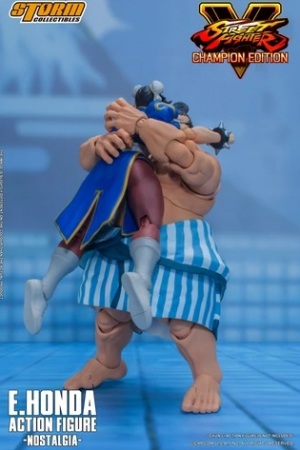 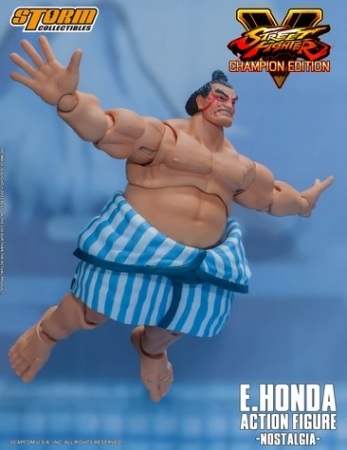 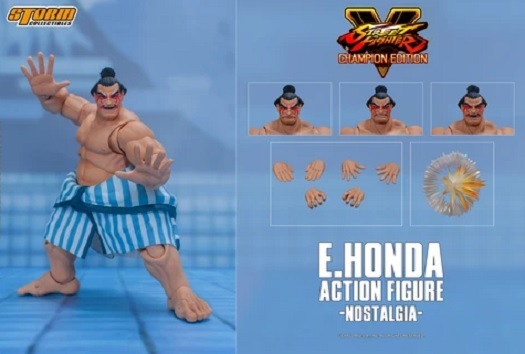 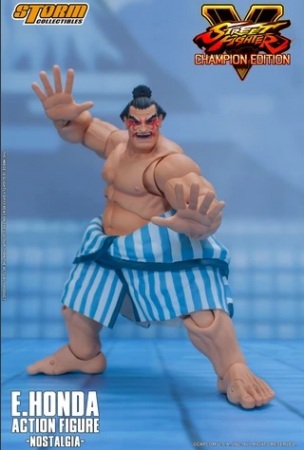 [Show thumbnails]
While we don’t want to gush over what Storm Collectibles did, it is hard not too. They did an astounding job with the articulation and the head sculpts for one of our favorite character from the early Street Fighter years.

The only downside we see to this figure is the lack of extras for the character. Sure there is not much they could do for him outside his hand strike. Perhaps a stand to help portray him in mid-flight for his torpedo move. Or maybe his iconic towel which could be hung over his shoulder.

Despite this minor drawback, we definitely see even the casual collector drawn to adding the figure to your collection.

What do you think of the Storm Collectibles E. Honda Figure?