Ken the Eagle – Gatchaman by Storm Collectibles is a perfect way to relive the super hero franchise that debuted in 1972.

The series centered on a Science Ninja team, Gatchaman. Ken was the  team leader & tactical expert whose Bird Style is based off of the eagle. When not in costume, Ken works as an aircraft test pilot and delivers parcels by air mail.

The figure features the following; 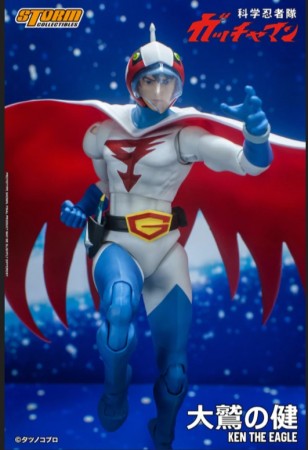 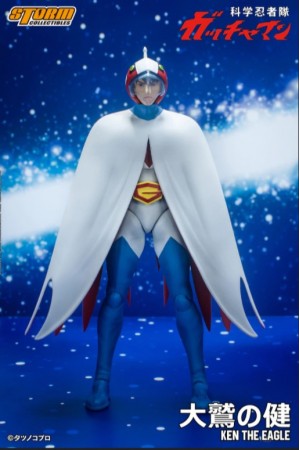 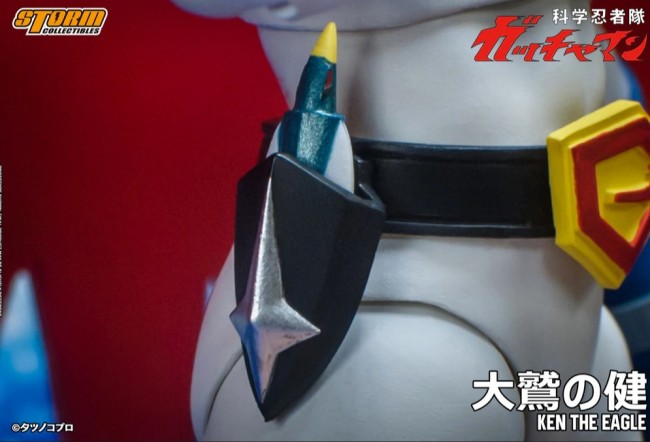 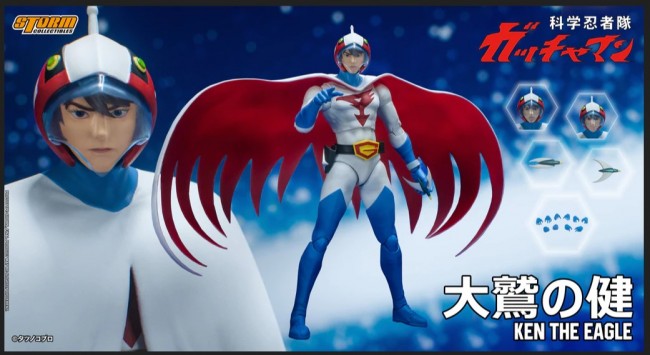 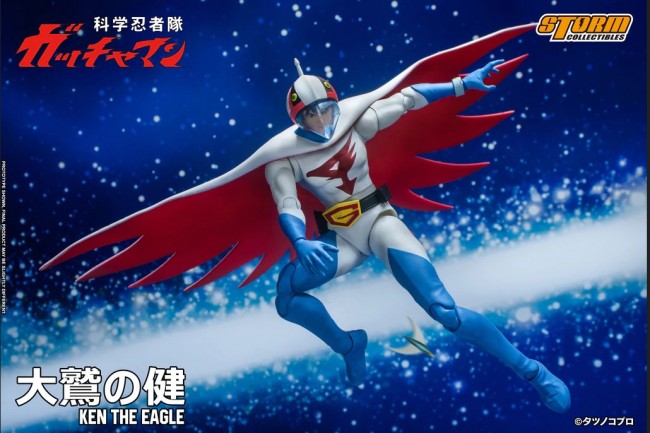 [Show thumbnails]
This figure is a bit of nostalgia and right up my alley. The design is sharp and the colors make the character stand out. This is one of those times where Storm Collectibles did not include a Special FX for the character and we are good with it.

This is one of those figures that actually has a good chance of finding a way to land on our shelves The only thing is are they going to be making the other four?

You can pre-order the figure for $90 from Storm Collectibles and expect to see it around Q3 later in 2022.

What do you think of the Ken The Eagle Gatchaman figure by Storm Collectibles?