The second character has been revealed from the Defenders series.

Kotobukiya is continuing the Marvel themed line by releasing a Luke Cage ARTFX + statue as the focus remains on the Defenders team.

After Kotobukiya opened their series with Daredevil, we were excited to see who would come out next.

Luke Cage or known by some as Power Man.

The statue will be 1/10th scale and stand 20 cm tall. The figure is based on the art by Dale Keown. Outside the classic costume, the statue will be complete with a pair of heavy chain to showcase his strength.

Here are a few images of the Luke Cage ARTFX statue. 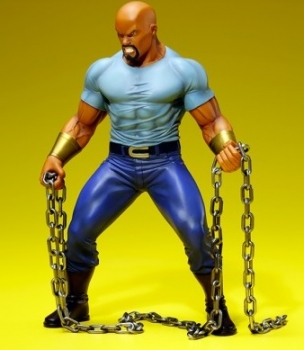 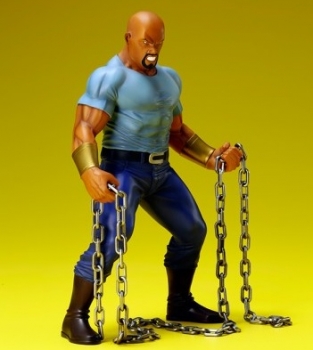 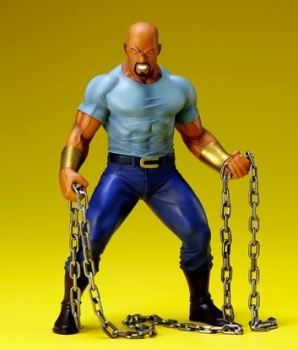 Overall, we think the newest addition to the Defenders line is okay. We do like the pose and the concept but something feels off. Maybe it is the head sculpt.

You can pre-order the collectible through Kotobukiya for $74.99. The expectation is to see it available sometime during July 2018.

Do you like the Luke Cage ARTFX stature better or prefer the Daredevil one?