The newest addition to the One:12 Collective is the Mezco Wonder Woman and we have to say we think there could have been more.

Before we move to our discussion of the Wonder Woman figure, we wanted to remind folks we have been a huge fan of their DC lineup. Whether it was Harley Quinn or Two-Face, Mezco did a bang up job with them.  Now on to their newest release.

The One:12 Collective body with over 30 points of articulation, two head portraits, four pairs of interchangeable hands, and stand just under 6.7 inches.

The accessories are a poseable Lasso of Truth, a coiled Lasso of Truth, Sword of Athena, battle axe, spear, shield, 3 Ricocheting bullet FX that attach to the bracelts, along with a One:12 Collective display base with logo and display post.

Here are a few images to get a better idea of what they created. 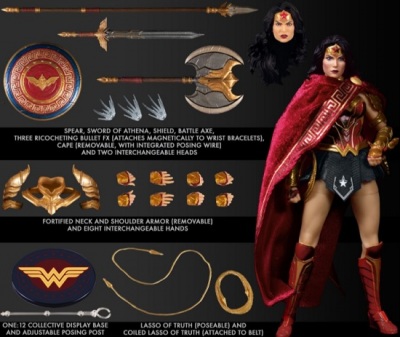 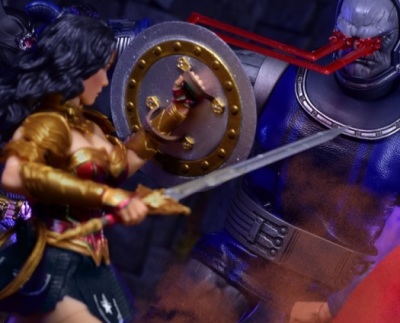 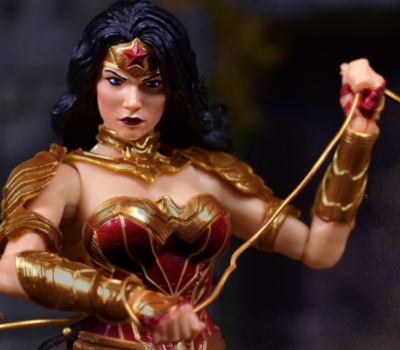 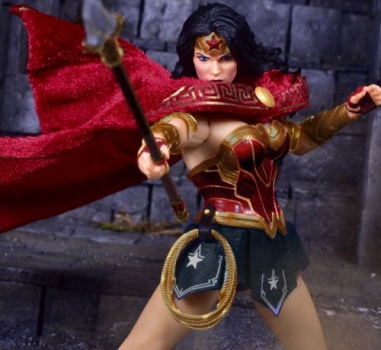 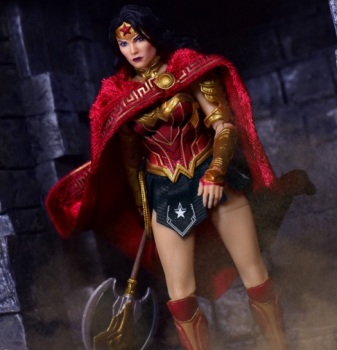 [Show thumbnails]
Our first thoughts on this figure was it is a decent representation of Wonder Woman. We like the addition of the various weaponry. The articulation is helpful when it comes to displaying the figure.

But we are not in awe of the figure.

What exactly we don’t like about the figure? It is hard to say but it just feels off. Maybe it is just us but this is one we would pass on.

You can expect to see this arrive in the fourth quarter of 2020 and can be pre-ordered from Mezco for $85.00.

What do you think of the Mezco Wonder Woman figure?