Venom is back and you can forget about him being the lethal protector.

Venom 1 kicks off a revamped view for favorite symbiote from the Marvel Universe and so far it is going in the right direction.

This new series features Venom as the symbiote finds a new host to bond with. This time, it makes a connection with Lee Price, a disabled military veteran. Price is down on his luck and has found crime as the best way to pay his bills.

One of the things we love in this new series is the Venom costume has it’s own voice and personality. Something that was lacking in but we did not realize how much we wanted it until now.

This time around, we get to see Lee trying to convince the symbiote to go back to the villainous ways.

We also love the return of Venom to his hulking beast form. We did enjoy Flash wearing it, but this Venom feels more natural.

We feel if you were a fan of the early Venom comics, this one is right up your alley.  If not, this may convert you.

If you are not sold on picking this issue up, here are few images of what you can expect from this first issue of Venom. 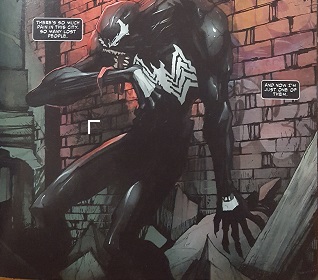 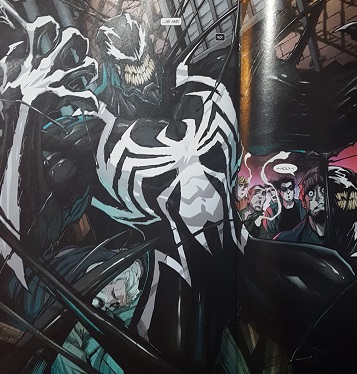 If you had a chance to pick up Venom # 1, let us know what you thought of it.

Steve Rogers is not the only Captain America.

There is one event that has made the move from the wrestling world and into the mainstream and it is called Wrestlemania.